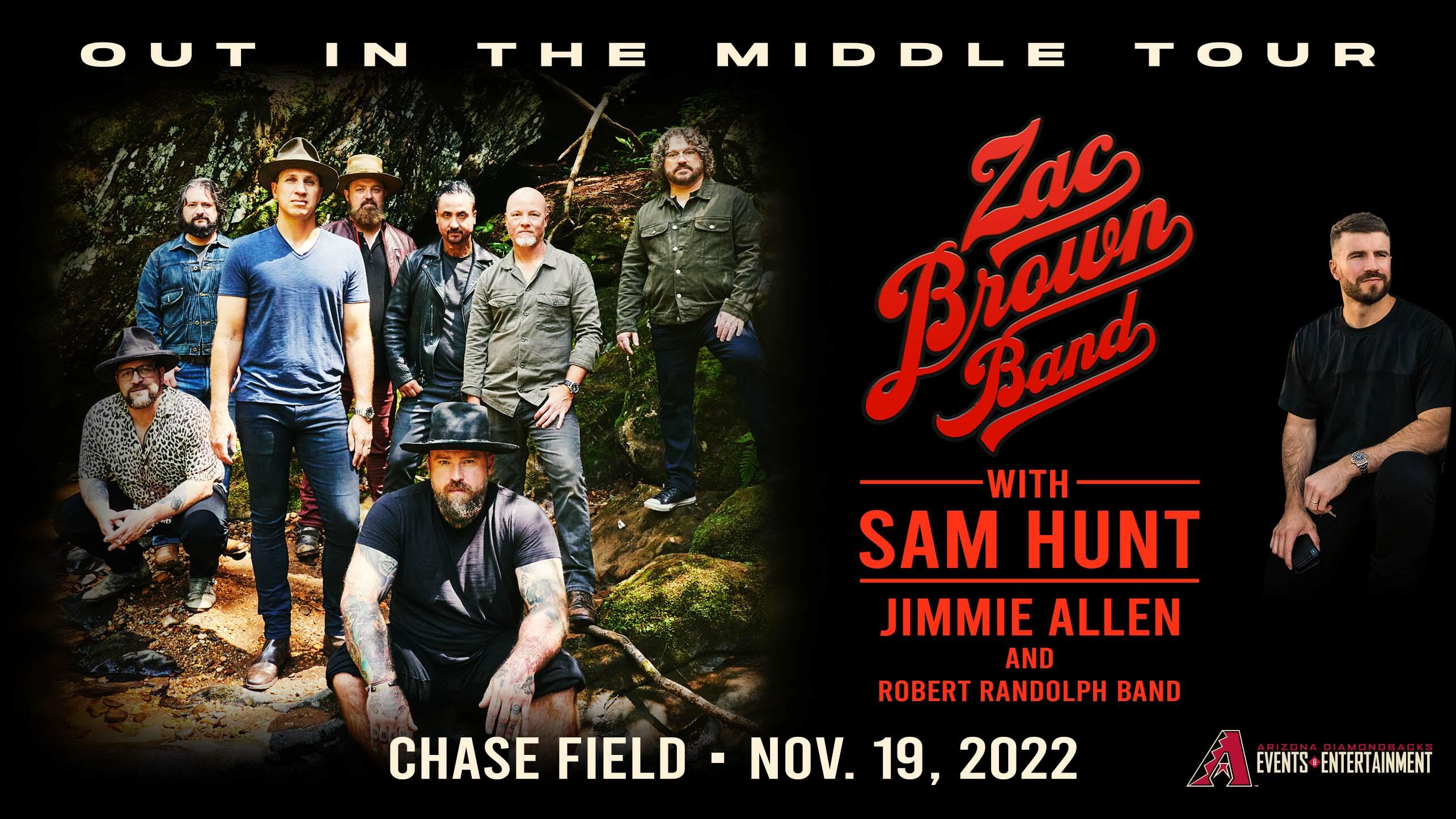 Zac Brown Band with Sam Hunt and Robert Randolph Band are coming to Chase Field on November 19, 2022. The “Out in the Middle Tour” will showcase the band’s old-school country roots and southern-rock style, serving as an ode to their country pride and life’s simple pleasures. Joining the band once again will be Caroline Jones, who performed as a special guest during “The Comeback Tour.”

Tickets are on sale now.

Zac Brown Band is one of the most successful and consistent touring acts of the last decade and regularly claims a top spot in Pollstar’s Top 10 Global Concert Tour list. Zac Brown Band will offer VIP packages for each show that include premium tickets, access to the Uncaged Lounge with complimentary wine, beer & appetizers, an exclusive VIP gift item & more!

Robert Randolph Band, led by renowned pedal steel guitarist, vocalist, songwriter, Robert Randolph, whose label debut for Sony Masterworks, Got Soul - is today an inspiration to the likes of Eric Clapton, Carlos Santana and Derek Trucks, all of whom have played with him.